He is the driving force of Mosole,
who went against the tide in 1985
and had the courage to pursue
his goal: express himself through wine.
Wine that expresses his territory,
Eastern Veneto, that he elevates,
enhances and presents in all its
strength and character.

Lucio had the courage to overturn the rules to build a story
made of grit and vitality, where even during the changing of
the seasons, man remains in perfect harmony with the nature,
interpreting it through the wine.
Always a cyclist, devoted to sacrifice, loyal in respecting
the opponent, and with mind and body constantly training to
engage and improve, Lucio has transmitted a passion and a
school of life in wine. From cycling to the vineyard,
with the same desire to tell his dreams.

After many travels and experiences accumulated in France,
in Piedmont and in Tuscany to research the vines and the
vineyards, to revolutionize and enhance the wine of the territory,
Lucio perfected his course and started, with humility and
determination, the processes of cultivation, curing,
vinification, wine aging and today after more than
thirty years he still obtains the same satisfactions.

Style, fragrance, consistency,
flavor, freshness, longevity,
gradation, recognizable
ingredients for an inviting
story in which man and
nature come together
to perfection. 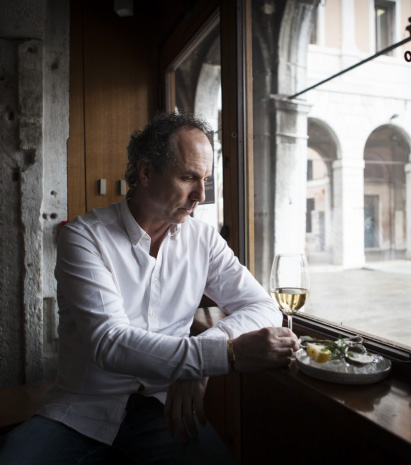